Get Our Dance Instructor Blueprint

Use this blueprint to take your dance instruction to the next level, giving you more gigs and students. Use Minimizations Instead Of Exaggerations

The Simple Psychological Trick To Making Every Dance More Amazing

Do You Want Free Help Improving Your Dancing?

Receive an email when we publish a new post

The “Fail To Succeed” Teaching Method To Improve Your Students

…there are two things you’ll probably want to do:

But…
If you do one without the other, eventually you’ll start to lose your students.

Fail To Succeed is a teaching method you can use to accomplish BOTH improving your students AND making sure they love your classes.

The concept is that when teaching a class…

…first, you want your students to fail…

…and then you want them to succeed.

Do we really want your students to fail?

…and if by the end of class they can do it…

…you (and your students) have 100% verifiable proof that you’ve improved their dancing.

This also makes them love your class and we’ll discuss why below, but first, let’s look at what happens if you don’t have them fail first.

If you don’t test their ability to do the move/concept ahead of time, you never have proof that they couldn’t already do it…

…and this has two possible negative effects.

If you had tested for failure first, and they actually could already do the move, then you could have moved on to something else (or gone deeper into the move/concept) instead of spending time teaching them something they can already do.

Even if you are 100% positive that they would fail, if you don’t test them, then THEY might not ever recognize they couldn’t do it.

Note: If your students don’t value you your instruction, it’s going to be very difficult to become in-demand, sought-after, or world-class.

So now that we know how valuable this method is, let’s look at…

How To Use The “Fail To Succeed” Method

Step 1. Start by asking them to do whatever it is you want them to do.

Don’t break it down for them.  Just show it to them twice and ask them to do it.

You might want to prep them for this by saying…

Step 2a. If they succeed right away, give them a new move/concept to try.

You can tell them…

“Wow, you guys got that right away! That’s awesome, let’s see if you can do this. Again, I’m only going to show it to you twice, so watch closely.”

Step 2b. If they can’t do it, or can’t do it the way you want them to, then break it down for them step-by-step and help them do it.

You can tell them…

“Alright, I can see you are struggling with this, so let’s break it down and build it back up so you can nail it.”

“Ok, you are doing it but not quite the way I want you to, so let’s break it down and build it back up so you can nail it.”

Why Fail To Succeed Makes Them Love Your Classes

When your student overcomes a challenge, they get a positive rush of endorphins which feels amazing!

Note: If you want to learn more about the brain chemistry behind this, check out The Winner Effect: How Success Affects Brain Chemistry.

Overcoming a challenge is like the winning a game…

When you finally succeed, you become better than your previous self, which creates the feeling of being a winner.

Does that make sense? Ok!

Warning: Be sure to choose something that you are confident you can get them to succeed at by the end of class.  If they only experience failure in your class, they probably won’t be (or feel like) a better dancer afterwards.

Give your students the opportunity to fail first and then help them succeed and you are one step closer to becoming an in-demand, sought-after, or even world class dance instructor.

Want to know the other steps for becoming an in-demand, sought-after, or even world class dance instructor? Get our blueprint here.

Do you agree or disagree with this method? 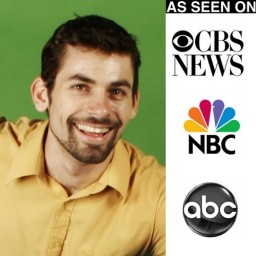 Andrew Sutton is a World Champion Lindy Hop Instructor, and one of the original founders of the Fusion partner dance movement. He uses his extensive research in over 244 cities across 38 countries (& 44 dance forms) to help dance instructors be more successful financially during their pursuit to help their students Make Every Dance Amazing! Impossible? Maybe...but if you shoot for the moon and miss, at least you'll land amongst the stars!

The #1 Most Vital Concept To Drastically Improve & Inspire Your Students

Get Our Dance Instructor Blueprint

Use this blueprint to take your dance instruction to the next level, giving you more gigs and students.

Please log in again. The login page will open in a new tab. After logging in you can close it and return to this page.